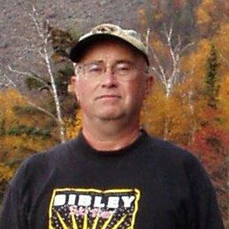 Bill’s first exposure to tai chi was in his early twenties, when a friend who had learned it in Winnipeg demonstrated some joint-lock tricks to him.  Bill was intrigued and resolved to take up the study of Tai Chi someday.  Many years later, in 2009, after his retirement from high school teaching, he attended one of Master Peng You’s wonderful Tai Chi Chef dinners, which came with an hour’s lesson.  Bill was hooked, and started attending classes the next day.  Encouraged by more experienced students, he soon diversified to study sword and other new routines.

One of the benefits that Bill discovered was that practicing Tai Chi diverted his mind from the chronic pain caused by an old neck injury. He was also able to do without the regular visits to a chiropractor to which he was accustomed.  More recently, the stretching done at the start of classes has  proved to be very beneficial in helping him recover from knee joint replacement surgery.

Being a member of the Peng You Taiji Quan Association has brought exposure to the teaching of visiting masters, in particular Grandmaster Chen Zhenglei.  Participating in the 2017 Light of Tai Chi Summer Training Camp in Scarborough gave Bill a glimpse of the great breadth of Tai Chi activities available for pursuit.

Bill has been pleased to get to know many people through the Tai Chi classes and to make new friends.  Meeting people through our participation in the Sister Cities Committee trips has also been an enriching experience. You may see Bill leading a summer Tai Chi group at Silver Islet, mixing Tai Chi and stretching with workouts at the Canada Games Complex and at the Academy.