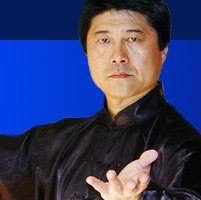 Olivia first began Tai Chi while teaching in Manitouwadge. The form being offered was a mixture of several Martial Arts styles and proved challenging. Unfortunately a damaged knee ended this.

Upon retiring to Thunder Bay in 2001 she began looking for classes in Tai Chi and found Tai Chi for Health by Dr. Paul Lam at St. Joseph’s Heritage with Doug and Mary Lou Rabb. This form proved helpful for strengthening a bad knee.

She branched out and became involved in the Peng You Tai Chi Quan Association and began taking classes with Master Peng You Lian. Studying Taiji Qigong – 6 Forms for Health she attended a workshop with Masters Zeng Nailiang and Wei Xianglian and acquired her certification in this form in 2011.

She teaches Taiji Qigong for Health for Master Peng at various locations throughout the city and has travelled back to Manitouwadge to teach this form.

Olivia was elected to the Board of Directors in 2012 and is actively involved in the Association.